Answers await everyone - whether professional or hobbyist, expert or novice, genealogist, or historian - inside the more than 7,000 available databases. Here, you can unlock the story of you with sources like censuses, vital records, immigration records, family histories, military records, court and legal documents, directories, photos, maps, and more.

Ancestry Library Edition is available to Burleson Library cardholders at no charge and is for use at the library only. Please ask a reference librarian how to get started today.

HeritageQuest through the TexShare Databases 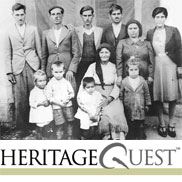 Sometime in 1900, Burleson businessman E.M. “Good Roads” Wilson (1872-1956) began publishing The Burleson News. In 1932 Wilson sold the paper to Robert Garland Knox Deering and John Searcy, but Deering and Searcy dissolved their partnership and Deering became the sole owner in 1935. Shortly after World War II, Deering modernized the newspaper by purchasing a Model 14 Mergenthaler Linotype, which is currently on display at the Burleson Visitors Center. In 1958, the newspaper became The Burleson Dispatcher after a contest was held to rename it, and the final edition was printed on September 25, 1985.

When the Burleson Star changed locations in 2014, library staff discovered that thousands of pages of local history were being stored in an attic, a storage shed, and closets at the old newspaper offices. There were already copies in storage at the Library and the Burleson Heritage Foundation Museum. Working in conjunction with the Burleson Heritage Foundation, the Friends of the Burleson Public Library, the Crowley Public Library and the Alvarado Public Library, staff and volunteers moved all of the newspapers into the historic Baker house and then sorted and cataloged them. After the inventory was completed, library staff transported all of the papers to the University of North Texas archives so that they could be stored properly and protected from natural disaster or further deterioration.

In 2016, thanks to a generous grant from the Ladd and Katherine Hancher Library Foundation, the Library and the University of North Texas were able to preserve and make accessible 43,231 pages of newspapers from the Burleson area, Johnson County and southern Tarrant County.  Those newspapers include dates from 1980 to 1999 and they are fully digitized and keyword searchable.

In 2019, The Burleson Public Library was awarded a TexTreasures grant by the Texas State Library and Archives Commission.  The TexTreasures Grant program aids and encourages libraries to provide access to their special or unique holdings and to make information about these holdings available to library users across the state.  This $25,000 grant will provide the funding to digitize approximately 24,000 newspaper pages and preserve this treasure trove of Burleson history. This project is made possible by a grant from the U.S. Institute of Museum and Library Services (Texas State Library and Archives Commission, Grant Number TXT-20002). (2020) 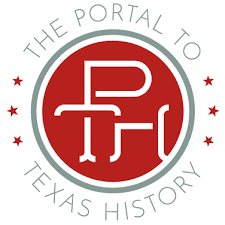